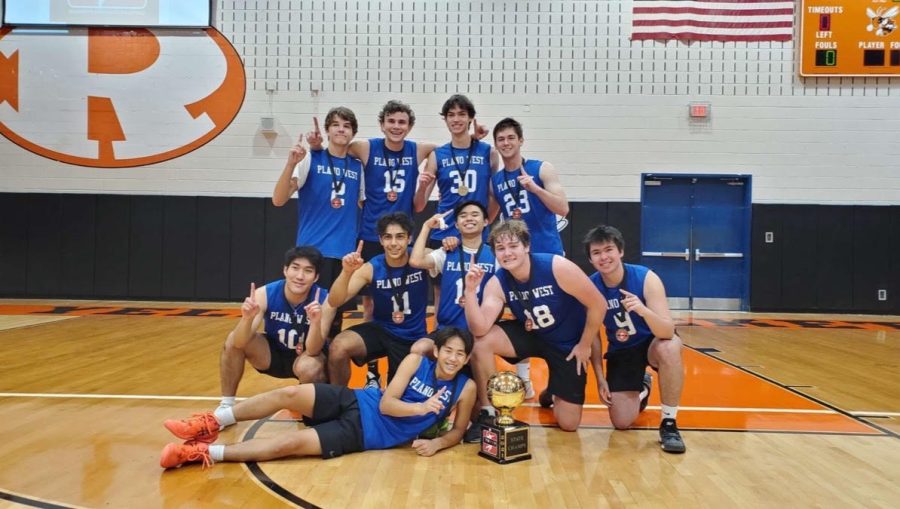 The University Interscholastic League, also known as UIL, is the largest inter-school organization of its kind in the nation, covering athletics, arts, and a variety of other extracurriculars like film, mariachi, and even water polo. Being a part of UIL means that you get much more recognition and visibility. However, it doesn’t encompass several major sports, like hockey, lacrosse, bowling, and even men’s volleyball teams.

The men’s volleyball team is currently headed by Roham Akavhan and Troy Nguyen, both seniors. Both are extremely excited for the upcoming season, and wish to keep their state champion title this year.

“Last year’s win was a huge accomplishment for our team because we started with the whole team not knowing how to play,” said Akavhan and Nguyen, captains of the team. “But as the season progressed, we all started to click and found a way to win.”

The captains say that last year was very difficult since they didn’t have much support from the school, but winning the state championship has brought more attention to the team, and now Coach Justin Waters, the women’s volleyball coach, has agreed to sponsor their team.

“I would love to see everyone come tryout or just participate in the club to learn more about volleyball,” said Akavhan and Nguyen. “Please contact us for any questions, and tryouts will be posted very soon. Follow our Instagram to keep up with the latest news!”

Andrew Itscovitch, senior and captain of the hockey team, says that the hockey team has similar challenges since they aren’t counted as a UIL sport in Texas.

“One challenge that we face is the number of players since we are not UIL,” Itscovitch says, “Anyone who comes to tryouts makes either the JV or Varsity team, but every player also has to get their own equipment to be able to play.”

Itscovitch has been playing hockey for 11 years and loves the sport because of its high intensity and physicality. He believes that while hockey isn’t a common sport in Texas, it should become a UIL sport in the future.

Despite the challenges they faced, the Hockey team also went to the state championships last season and hope more students will come support them at their games.

Another successful non-UIL team here is the Plano West Lacrosse Team. They made it past semifinals at the playoffs last season, winning a sudden death against McKinney.

Despite their success, they also have major challenges since the sport isn’t UIL. Greg Pascuzzi, the Lacrosse Booster Club president, said the main issue is funding.

“We have to cover all expenses to run the program, including paying coaches, paying for field and facility rentals, paying for uniforms and supplies, paying for game officials, and all the other expenses associated with running the program,” said Pascuzzi. “We fund this through player registration fees, which only cover about 65% of the cost of the program. We have to fundraise the other 35%.”

He also says that visibility is a problem they have. Since the sport is not as integrated into the school as other school teams like tennis and volleyball are, it’s harder to attract athletes to play the sport.

“Most of our last season was rough because of the lack of players, but I still had a lot of fun playing,” says Sam Kubat, senior and lacrosse co-captain.

They, along with men’s volleyball and hockey, believe that lacrosse should become a UIL sport, and hope that students come support them at their games.