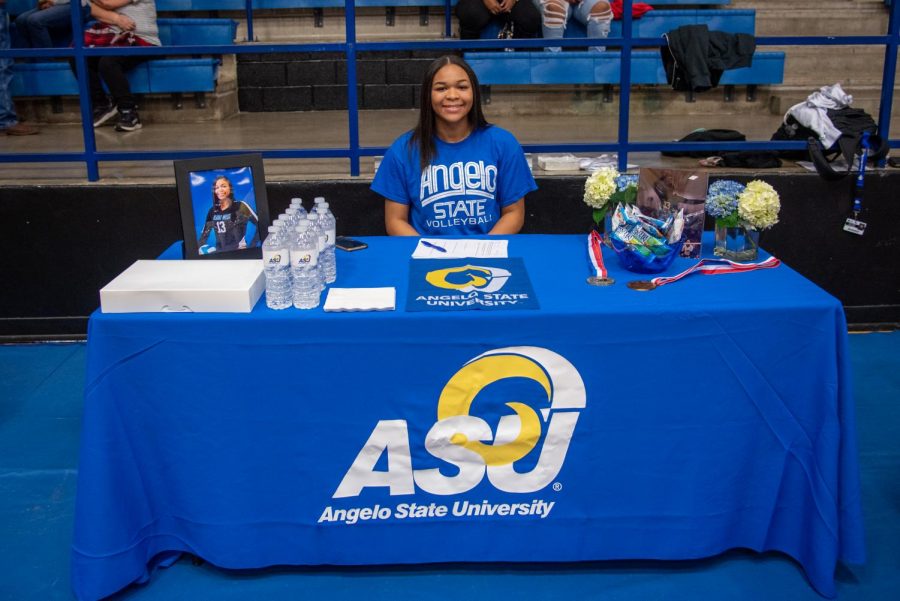 As soon as Garnett saw Angelo State University, she knew it was where she wanted to continue her volleyball career.

“There was no set plan. I just knew I wanted to go to a smaller school and play volleyball. I took my unofficial visit the Angelo State and I fell in love. The area around the college is what I think helped as well because it reminds me of home in Indianapolis.” said Garnett.

Volleyball wasn’t always part of Garnett’s life, but once she found the sport, she fell in love.

“I was about 8 years old when I first got involved. I hated soccer, which is what I was in at the time, but I knew I wanted to play something so mom kind of just threw me in [volleyball],” said Garnett.

The team spirit of volleyball has taught Garnett plenty of valuable lessons.

“The most important lesson this sport taught me is to keep pushing. I never wanted to be the reason that I let my team down, or anyone down in general.,” said Garnett.

While Garnett has enjoyed playing volleyball, she has certainly faced some challenges over the past two years.

Garnett’s volleyball challenges have taught her valuable lessons in balancing sports and academics.

“I think trying to balance school with high school volleyball, and club volleyball. It was very challenging because my mom has really high standards for me and I was genuinely struggling. I’m glad I finally got it together.,” said Garnett.

Beyond volleyball, Garnett has high hopes to enter a career in nursing.

“I plan to become a CRNA and major in biology.,” said Garnett.

You can keep up with what Plano West volleyball team @planowestvolleyball on Instagram.