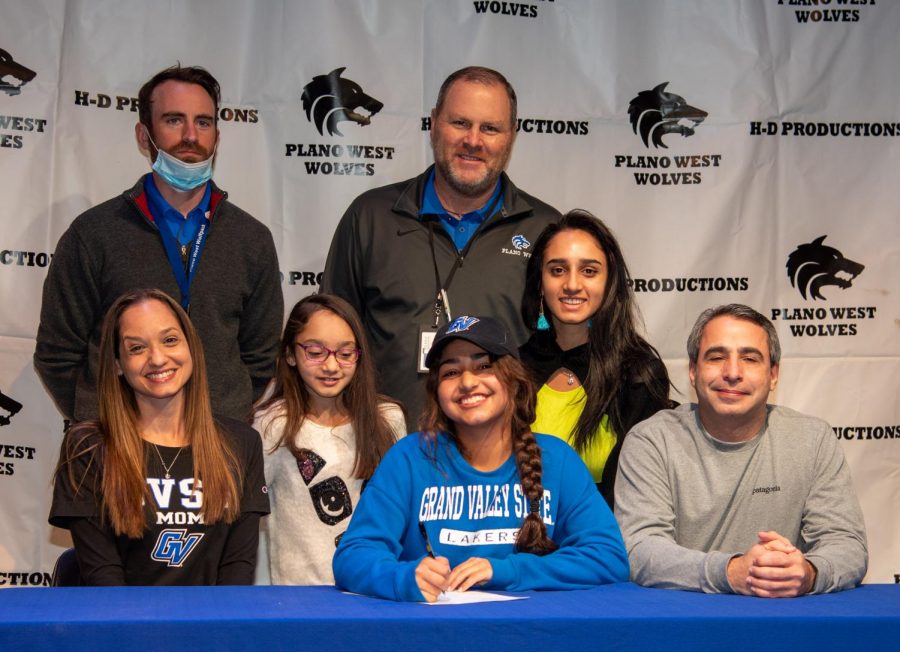 Estefania Hernandez Rivera, a tennis player on the West tennis team, officially signed with Grand Valley State University this past month on Feb. 3.

“The school shows that it cares for its student athletes,” Rivera said. “I wanted a change and the coach showed that she believed in me.”

Rivera originally showed interest in playing tennis after watching her older sister play the sport, and followed in the footsteps of the sister she admired.

“My older sister played tennis,” Rivera said. “And I wanted to be just like her.”

Aside from continuing tennis throughout her college life, Rivera plans to continue her academics in a field of study she is interested in.

“I plan on going into social work in order to help others live their best life,” Rivera said. “Discipline and heart is all you need.”

Thank you for your donation!