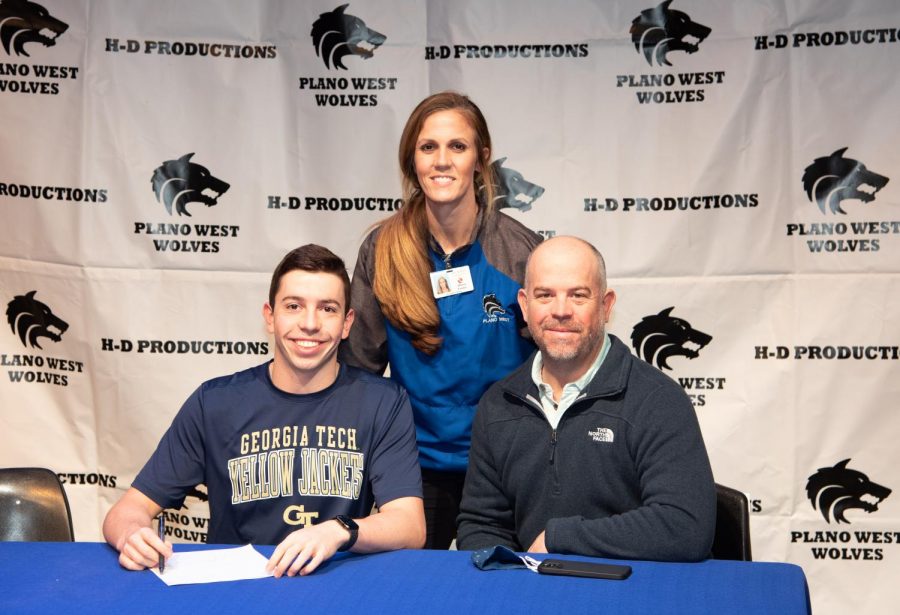 Antonio Romero, a swimmer on the Plano West Swim Team, officially signed with the Georgia Institute of Technology last month.

“I chose Georgia Institute of Technology because they are extremely competitive in both academics and athletics,” Romero said. “In addition, the coaches, team, and school were extremely supportive as the pandemic was worsening in our country.”

When asked why he decided to attend Georgia Tech, Romero revealed that it all came down to the competitive environment.

“Georgia Tech fosters a competitive environment in all aspects of their school,” Romero said. “Over my multiple years in school, I have learned that I perform best with others to compete against every day.”

Romero has been swimming for a long time but has just recently begun competing.

“I first began swimming for a club team in fourth grade, but did not compete at a higher

When it comes to important lessons learned, Romero owes it all to hard work and dedication.

“Swimming taught me the importance of dedication,” Romero said. “Until I entered High School, I viewed swim practice as a chore that my parents made me do; however, as I matured and grew a passion for the sport, I learned that hard-work not only made practices and competition more enjoyable, but it led to me greatly improving to a level where I could compete nationally.”

Romero does not have a specific area of study at the moment, but he has narrowed it down to one possibility.

“I am currently unsure about the exact specifics of what I want to pursue, but I generally am interested in the engineering side of the technology industry,” Romero said.