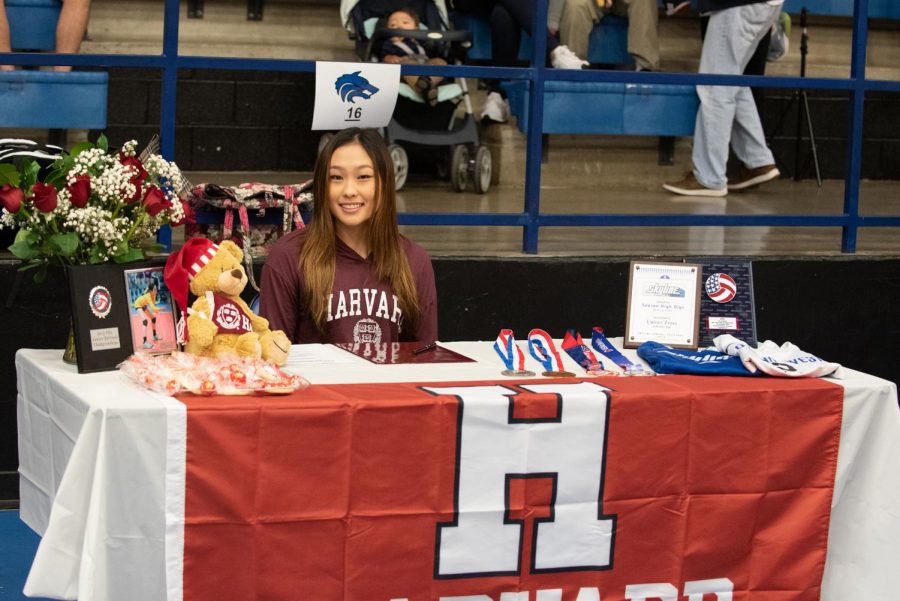 Lindsey Zhang has just signed with a school, but she first went into how she narrowed it down between two schools.

“When I first started my recruiting process I focused mainly on  academic schools so I reached out to D1 Ivy Leagues and several D3 highly academic schools such as MIT and UChicago,” Zhang said. “I wanted to play D1 so my choices narrowed down between Columbus and Harvard.”

Lindsey Zhang then describes how she chose between the two schools.

“After my official visit, I really loved Harvard and the campus along with its proximity to a big city, Boston,” Zhang said. “I connected with the coaches well and that along with their academics and prestige solidified my decision!”

Once deciding on signing with Harvard, Zhang reveals her plans for college.

“I plan to go into the business/finance industry and hopefully be able to work on Wall Street for the first few years after I graduate,” Zhang said.

Toward the end, Lindsey Zhang says that she will not continue to play Volleyball after Harvard.

“I plan on making college Volleyball my last four years of the sport,” Zhang said.