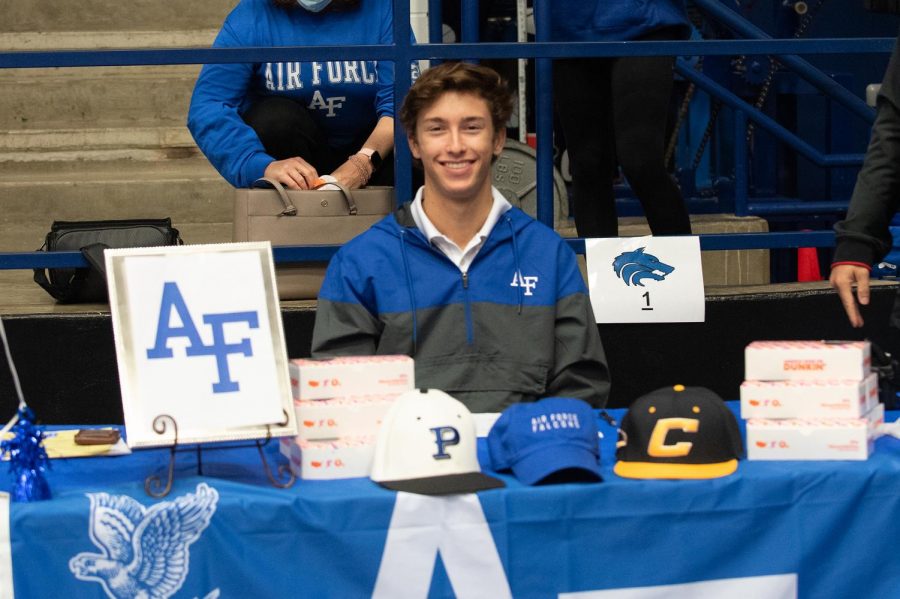 Chase Spencer just signed with the Air Force Academy, and went into how he felt about the school before he knew they were interested in him

“I first found out the Air Force was interested in me about this time a year ago,” Spencer said. “I played in a few baseball tournaments and I noticed them following around other teams and a few guys on my team, but I never really thought they were interested in me till they gave me a call. They recruited me pretty heavily with phone calls, emails, texts, and social media stuff almost weekly and it was really one of the only places I felt like they really wanted me.”

Spencer goes into more detail on his feelings toward the Air Force Academy once he realized they wanted him to sign.

“At first, I was a little confused because I did not know much about the academy, but I thought it would be interesting because I had previous interest in West Point,” Spencer said. “Through lots of research and sweet talking the head coach basically persuaded me to fall in love with the school without even seeing it in person.”

Chase Spencer explains his passion for baseball and how it differs from all other sports.

“On the baseball side, I think my favorite thing is the camaraderie between teammates,” Spencer said. “In a lot of other sports you can get guys who are selfish and only play for themselves to try and win a game, but in baseball you cannot do that. In basketball, a guy can score 50 points and basically win the game for his team. In football, a quarterback can run for 4 touchdowns and win a game for his team. However, in baseball you have got to have multiple guys do their part to win a game.”

Spencer lastly mentions the bond between the team and how they are all connected.

“I think that really makes a team bond together and figure out what works best for them as a whole because you find individual strengths that you can play to,” Spencer said. “I think I came to that realization around middle school and it felt like that was what was meant for me because I have always wanted to find the sport that ultimately meant forming a brotherhood.”