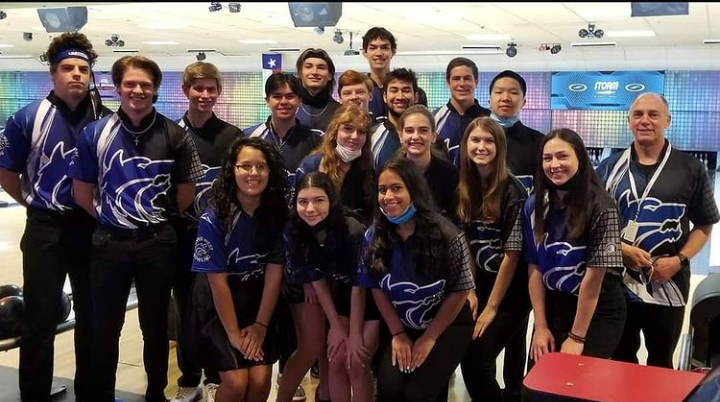 The bowling team’s season started off with quite the strike, with both girls and boys varsity winning their matches on Jan. 9. Team captain, senior Nicky Ramirez, saw this as a big accomplishment.

“I did alright [at the match]; I know I could have done better, but it is a team sport, and the varsity team did really good this past weekend,” Ramirez said.  “Especially for newcomers who we needed to step up in certain situations.”

While the match went well, the effects of COVID, as seen in many sports this year, were visible in the season’s first match.

“COVID has affected the season a lot actually, and unless you were on the team last year, you would not notice,” Ramirez said.  “Last year, you sat across the other team and was like a stare off, and it was a lot more intimidating than this year.”

To better fit COVID-19 guidelines, teams have a lane between each other for better separation and have very little interaction. Masks are required the whole time unless it is a player’s turn to bowl.

While matches may be different, the Jan. 9 game set the team up for what looks like a promising season, according to five-year bowling coach Dan Beyer.

“I’m very pleased with the turnout for tryouts this year,” Beyer said. “As it has been a while since we have had three full strong teams.”

Having three strong teams (boys Varsity and Junior Varsity, and girls varsity) has Beyer having an optimistic outlook for this year.

“I think the team will do extremely well this year. We have a lot of competitive bowlers who are willing to put in the work to get better,” Beyer said. “I think some of the players can make the regional team at the end of the year.”

Since her sophomore year, senior Cailey Smith has been on the team and has her own goals set for her last year on the team.

“I am looking forward to enjoying my senior year of bowling and making the most of it,” Smith said.  “I would like to improve, but I am more focused on having fun.”

Smith advises anyone looking for a fun activity next year to look no further than bowling.

“Join the bowling team next year,” Smith said. “Keep the tradition going. It is fun and flexible with school schedules.”