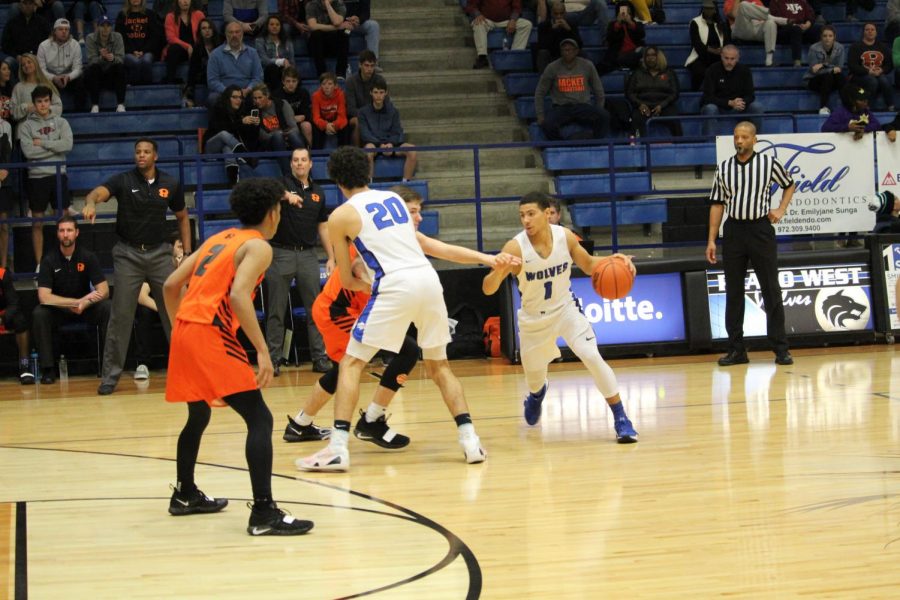 The varsity basketball team upset Rockwall, the number three ranked team in the state, last night by a score of 45-48 handing Rockwall their fourth loss in the 2018-19 campaign.

“It always feels good to get a win, but this win was the best in my two years on varsity,” Anderson said. “Rockwall is a great team, but we knew we could hang with them if we followed through with our game plan.”

Point guard Daylen Minor finished second on the team in points with 13. Sophomore Alec Zambie had a solid outing as well, recording seven points, five rebounds, three assists and two blocks. Senior Shemar Pearl had six boards in the contest and four points. Grant Pressly and Christian Green both finished with two points, and senior guard Ryan Zambie had one.

“Our defense was the driving force of our win,” Anderson said. “Everyone was locked in and we were able to contain their best players.”

Rockwall small forward Samuell Williamson led all players in the game in points with 25. Williamson was the only player on the Yellowjackets’ roster to score more than 10 points, with Will Bartoszek finishing with second on Rockwall in points with eight.

West will take on Sachse this Friday at 7:30. Sachse, who is 6-7, defeated McKinney Boyd on Monday 68-45. The Mustangs are averaging 57 points per game, while Plano West is sporting a strong average of 64 points per game. West is also averaging 29 rebounds, 17 assists, 11 steals, and three blocks per contest.

Plano West has a 2-0 road record, while Sachse holds a strong 3-1 home record. The Wolves will look to stay undefeated on the road this Friday.