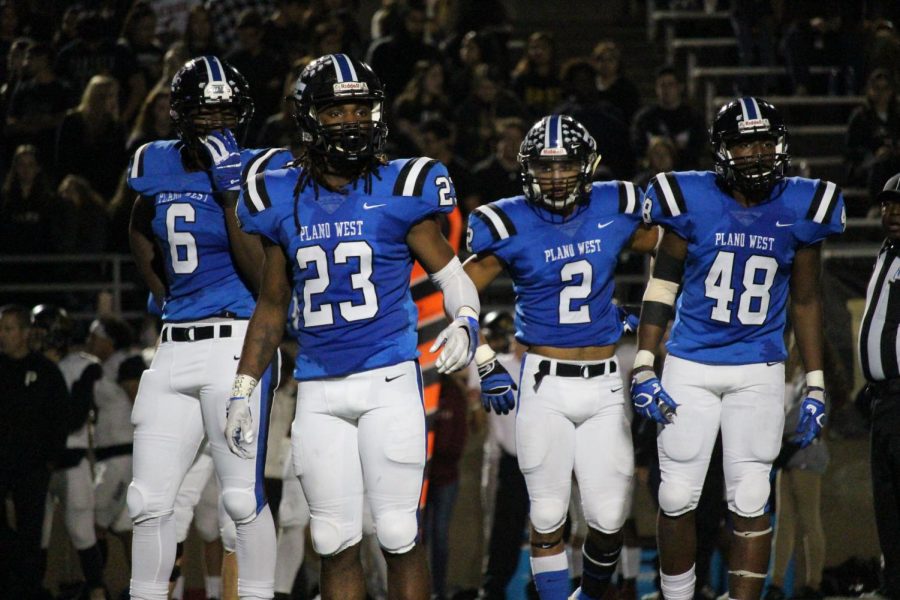 The Plano West football team will play their final game of the 2018 season tonight. Standing in between them and the end of their season, though, is their toughest opponent of the year—Allen.

To nobody’s surprise, the Allen Eagles have had yet another impeccable (and undefeated) season, going 9-0 through week 10. Allen’s last loss was in the 2016 6A championship game, where they were surpassed by The Woodlands by a score of 36-28 at Darrell K. Royal Stadium in Austin, Texas.

“Allen is a very tough team to play,” junior QB Will Cannon said. “We’re more focused on playing our hardest and doing our job rather than being intimidated by their record.”

Cannon, who has replaced quarterback Danny Davis in the past two games due to injury, threw for 117 yards and one touchdown in last week’s 51-17 loss to Plano East.

“Will has gotten better each week,” Wolves’ Head Coach Scott Smith said. “[Last game] he made some really good reads, threw the ball well, and is doing a good job of picking up some slack.”

Since taking over the starting job at quarterback, Cannon has totaled 287 yards passing yards, 70 rushing yards, two touchdowns (one passing, one rushing), and four interceptions on 30 completions.

Running back Noah Scroggins also played well last week, rushing for a career-high 157 yards. Scroggins has rushed for 627 yards and three touchdowns on the season.

For Plano West, though, tonight’s game is more than just a score when it’s over—it is also a look back on all of the memories and moments the team has had together—especially for the seniors, as most of them will be suiting up in a Plano West uniform for the last time.

“We knew the last game would be creeping up on us,” senior DB Randy St. Clair said. “Senior year came very quickly, and this year’s seniors did our best to appreciate every single [game].”

That being said, it’s just another day at the office for Coach Smith and the team, and playing against Allen is no different.

“[Thursday’s matchup against Allen] is just another game,” Smith said. “They’re a good football team, but at the end of the day, it’s just another game on the schedule. We’re going to treat them just like we would anybody else.”

The struggles we have gone through together has made our senior class such a close group of guys that I will always remember.”

Though playing against Allen is just like any other week, they will have to plan a day ahead, as their game is tonight instead of Friday.

“[Playing on Thursday] does adjust our schedule a little bit,” Smith said. “We’ll have to do a few things a little bit differently, but thankfully we’re late in the year so we aren’t doing anything drastically different.”

Allen running backs Raylen Sharpe, Celdon Manning, and Grant Robinson all rushed for one touchdown of their own against Prosper, and tallied 111, 98, and 86 rushing yards, respectively. In total, Allen recorded over 600 yards of offense while holding Prosper to just 206. Manning is second on the team in rushing behind Tisdale with 717 yards and 10 rushing touchdowns, and Raylen Sharpe is third with 455 yards and seven touchdowns.

Tonight’s game will be nothing short of an uphill battle, though, as Allen is averaging over 50 points and just under 500 offensive yards per game while holding their opponents to an average of 14 points and 214.7 yards per game.

“Noah [Scroggins] had a great game, and we’re really proud of the game he was able to have. He really stepped up Friday night, and his leadership on and off the field was awesome.” — Head Coach Scott Smith on RB Noah Scroggins’ performance against Plano East last week

“It has been very humbling to [learn] how much work and preparation goes into each game. The struggles we have gone through together has made our senior class such a close group of guys that I will always remember.” — Senior DB Randy St. Clair on looking back as a Plano West football player

“Since getting the starting job, [gaining] confidence has been an issue for me, but throughout the games, it has built up and increased. This week I’m looking to stay focused on my assignments so that I can limit my mistakes.” — Junior QB Will Cannon on improving his confidence as starting QB

“I think [the seniors] will do great just like they’ve done all year long, and just like they did last Friday night [against Plano East]. The last time they get to step on the field and play a game as a Plano West football player is big for them.” — Head Coach Scott Smith on the importance of tonight’s game for the seniors.

Sorry, there are no polls available at the moment.

Allen and Prosper have both successfully clinched playoff spots regardless of whether or not they win this week, even though Prosper was defeated by Allen in week 10 last Friday night. With both “Eagles” teams securing playoff spots, only two sports remain for three teams still in the hunt.

Plano East and Plano Senior can also both advance to the playoffs if they win their games tomorrow night, leaving McKinney as the odd-team out. East plays Jesuit, and Plano Senior hosts Prosper. In order for McKinney to make the playoffs, they would have to beat McKinney Boyd, as well as have Prosper defeat Plano and Plano East beat Jesuit. Plano East does have a tie-breaker, though, but that could be broken on a point-differential if it ends in a three-way tie between them, McKinney, and Plano.

(Note: a school that is bolded has clinched a playoff spot. A team with a * has been mathematically eliminated from playoff contention. A team that is neither bolded or with an asterisk is still in the hunt.)

Plano West will start their last game of the year against Allen at Eagle Stadium at 7 p.m.

Sports are beginning to wind down a bit, and bowling has had one of their best and most interesting seasons yet. The girls’ team made it to state an... 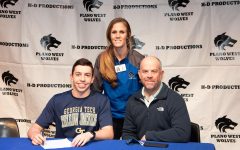 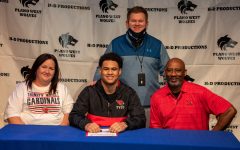 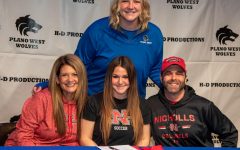 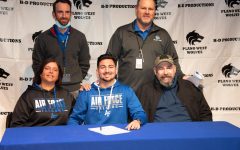