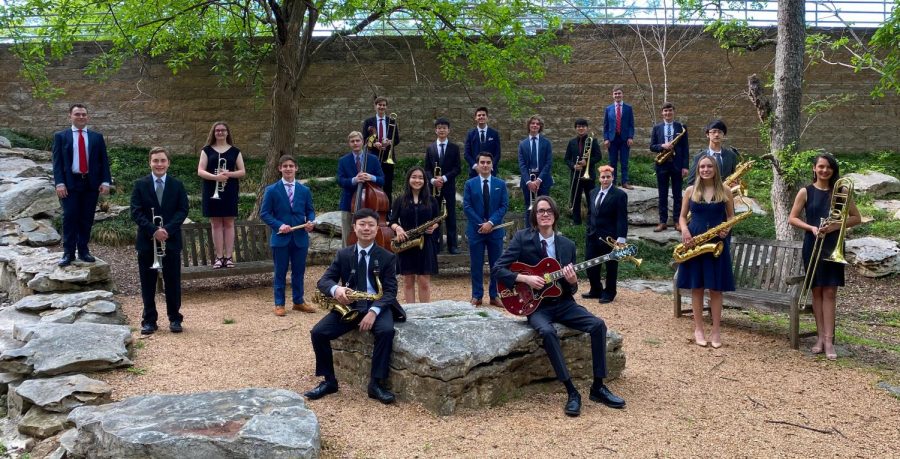 Since the school opened 20 years ago, the band has made it into the prestigious Essentially Ellington jazz competition finalist bracket three times. They made it a few years back in 2017, and both last year 2020, and this year 2021.

“Essentially Ellington is a national competition for high school jazz bands, and they choose the top 15 from the country to compete in the finals,” Jessica Ouyang.  “It is kind of referred to as the ‘Super Bowl’ of high school jazz competitions, so being one of the bands picked is an incredible accomplishment.”

In the past, Essentially Ellington has been held in New York, where all the finalists get to perform. Due to COVID, this was not a possibility leading to cancellation last year and a move to virtual this year. Even with the changes, the Jazz band kept in high spirits during the competition.

“Our jazz program is largely centered around competing in Essentially Ellington, and the stories and experiences shared from the time the 2017 band made it have always been a motivator for our group to strive for a spot in the competition each year,” Chris Ghaffar said.  “Although it was quite a disappointment to learn about the cancellation last year, we have all learned to temper our expectations, and I believe it created a much more organic experience in terms of enjoying our time in rehearsal together.”

After the 2020 cancellation of the competition, preparations in 2021 had to be altered but were still able to go forward. These alterations included not being able to practice together for as long as in previous years; however, picking pieces and recording was still the same.

“We had to start getting comfortable playing with each other and learning how we sound as a group starting in January. Usually, we have been playing with each other every day for an entire semester by that point,” Benjamin Waddill said. “There was a lot more importance that you come prepared to rehearsal as we didn’t have any time to waste. You don’t want to be the person that holds the group back.”

The work ethic of each band member and the talent is what Ghaffar contributes to making it to the finals not once but two years in a row.

“I believe the biggest factor in being able to make Ellington twice in a row was getting lucky with the timing on who was filling each crucial role,” Ghaffar said. “In both last and this year, we have had members gaining national recognition and awards in jazz which have directly translated to the environment of the band.”

The talent that makes up the band is what some, like Ouyang,  contribute to making the competition the most worthwhile.

“The most fulfilling part of the experience is getting to play with the other talented musicians in the band, so as long as we have that, I’d ultimately consider it a success,” Ouyang said.  “Even though the competition was virtual and some aspects were pretty different, I still think it’s been a really good experience.”