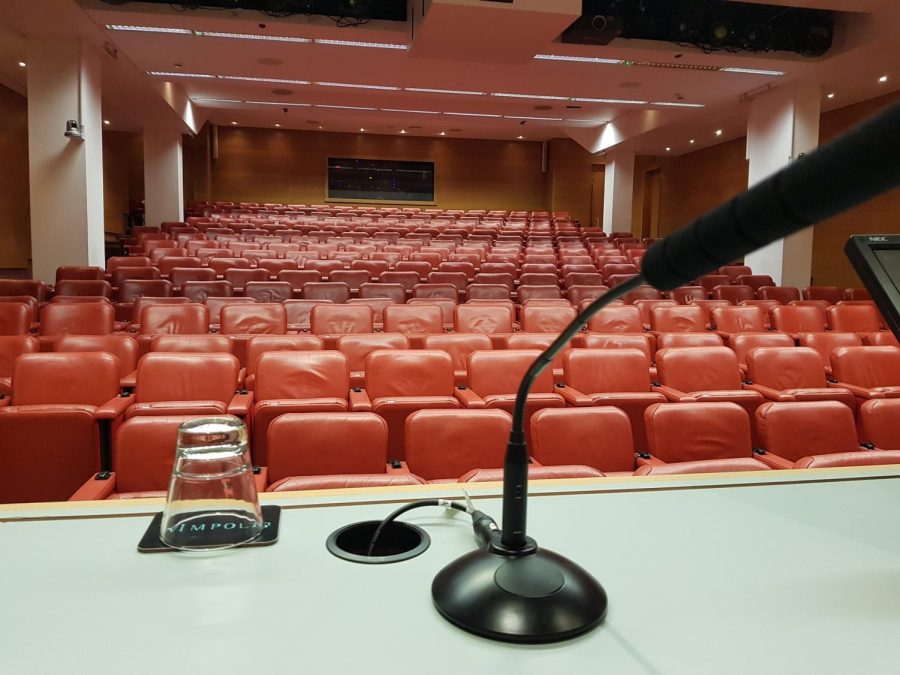 Used from creative--thoughts with permission.

This school year has been one filled with compromises due to COVID-19. Sports, clubs, school and more have all had to find other ways to complete activities. These changes include debate, which has a school year filled with zoom tournaments.

¨Debate programs across the nation have begun utilizing Zoom among other conference programs to hold rounds,¨ senior Eric Ryan said. ¨Some speaking events are asynchronous, so all we would have to do for those is send in a video. Others are synchronous, requiring preparation and speaking live in front of judges.¨

The past few months of debate have been figuring out how it all works online, and although the debate team has seen many wins, the wins this year just do not have the same punch.

¨The victories are just as gratifying as usual,¨ Ryan said. ¨We still ultimately triumph over numerous competitors, but the absence of a trophy is a bit disheartening.¨

Even with the absence of a trophy, some debate members like senior Darren Sung make sure to keep up the morale, though they do feel the absence of winning in person.

¨It is less gratifying, but as the ‘hype-man’ captain,¨ Sung said. ¨It is my job to get everyone pumped up and have a good time.¨

On Zoom classes, it has been a trend to throw on a nice shirt for class but wear PJ bottoms, but this is not always the case for debate.

¨For debate events (which don’t necessarily require presentational speaking), I am not going to wear formal pants if I don’t have to!¨ Ryan said. ¨But for public speaking…body language and gestures contribute heavily to the speech. Therefore, I, unfortunately, have to wear those tight and uncomfortable dress pants.¨

The dress attire is not the only difference with an online setting since it is at home and not at a school. There are even more aspects of debate that have changed.

¨A major difference is the lack of socialization. I think that one of the things the kids enjoy getting most out of debate is the ability to bond with teammates,¨ debate coach Robey Holland said. ¨To cultivate relationships not with just the team but with other debtors across the state and the country, that feels largely diminished in a virtual world.¨

This lack of travel and socialization has affected the debate team members.

¨I was kinda bummed out by the idea that we can’t travel and compete,¨ Sung said. ¨The traditions are broken. However, we are making new ones.¨

While traveling and traditions are missed, the debaters view it as necessary due to COVID-19.

¨Speech and debate prides itself on using powerful voices to change society for the better. The speech and debate community will agree that online tournaments are absolutely necessary in ensuring the safety of students, judges, parents, volunteers, and anyone else.¨ Ryan said. ¨Even if we’d normally prefer in-person tournaments, for now, it’s our civic responsibility to continue debating online.¨