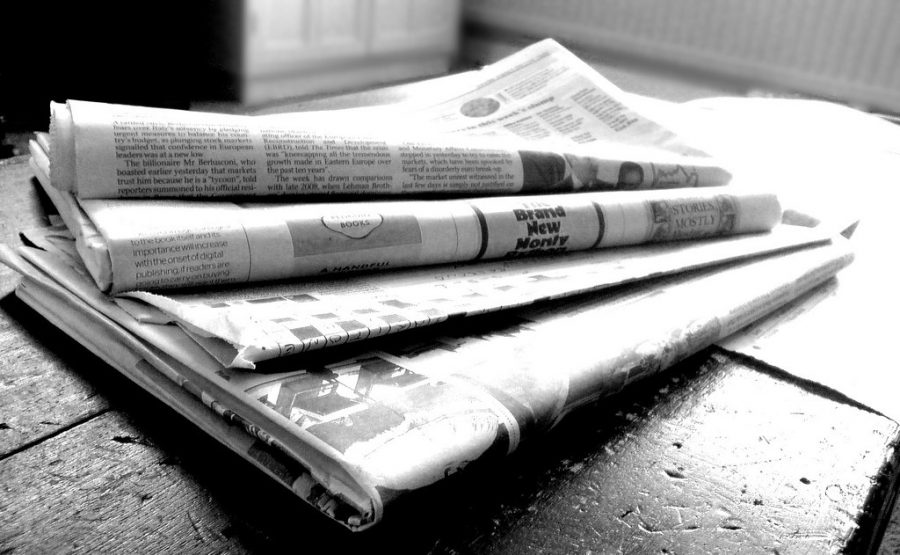 Is News Media Good or Bad?

Over the past several years there has been a debate over if the news media’s involvement in society is good or bad. The debate has revved up again amidst the pandemic and election. Editors Reo Lee and Elizabeth Secor take differing stances in the two articles below that review the question ‘is the news media good or bad?’ Reo Lee takes the side of the negative in “The News Media Does More Harm than Good.” While Elizabeth Secor takes the affirmative in “The News is the News – Good or Bad, We Need It.”

The presence of news media is overwhelmingly large, with gripping headlines being churned out by the hour. In the midst of the current pandemic, the media has been a great help in providing constant updates about the world. Other than COVID-19 updates, 2020 has been at the mercy of the news media. They have provided information ranging from the upcoming presidential elections, to natural disasters like the hurricanes and wildfires, and massive social movements like Black Lives Matter. Although media delivers important world-changing stories to the public, it can also become an interference that is downright invasive and uncivil. The current media does more harm to this generation than good, with the negative aspects outweighing the positives.

One of the most well-known downsides to the media is “fake news,” a term coined in mid-2016. It started when a Buzzfeed editor saw astream of absurd stories on FaceBook being posted from one small European town, which led to the first investigation of what we now know as fake news. The world caught on about the weird phenomenon, and an influx of stories began to surface online, even interfering with the 2016 presidential elections. Many gullible or politically inexperienced citizens fell victim to the many ludicrous stories shared through social media, topics ranging from supposedly leaked FBI secrets to preposterous lies about political figures. Fake news has not stopped since, and it is getting significantly harder to pick out the accurate articles from the ones that are written and made to purposefully harm. If public news is false and not credible, the trust between the media and its audience is destroyed.
Other than fake news, there are other ways the news media has had a negative impact. The press uses persuasion to control, manipulate, and influence the world’s perspective on various topics. Although this might not seem like a big problem, it plays into many aspects of daily life. For example, a media’s portrayal of physical and outward appearances can cause stress in individuals. Big name companies like Victoria’s Secret often generate much backlash due to marketing for a certain body type, overtly deeming other shapes and sizes as unaesthetic or unwanted. Especially for younger teens, the power that the media has is frightening. Another way the media sways individuals is through making assumptions. Once the media has planted information about something in the public, it is hard to move away from it, even if it is later proven untrue. For example, the media heavily outing an individual that is later proven innocent. It has the power to ruin the lives of the innocent.

The media not only concentrates on mostly bad news, but the many aspects of stories are exaggerated. Headlines are blown out of proportion, a trick used to gain interest and more viewership. Instead of simply saying “kind firefighter rescues neighborhood cat stuck on a tree,” the words can be warped to read “firefighter narrowly rescues a cat in a fatal situation.” This can cause a gap in the truth and what the media wants to sell, making the truth muddled in the extra information. The exaggeration also comes into play in the business aspect, since more extreme stories have better reactions from the public. This raises the questions of whether the media is reporting to relay factual information to the public or just wanting to make a quick buck. Another downside to this financial part of the media is that they will most likely gloss over important stories that are needed in order to publish the more unnatural stories that will ensure an increase in viewership.
Our current generation does benefit a lot from the fast and well-updated news media, as there are countless global events covered that can be seen with a click of a finger. Although the media has been doing great things for the public, there are more downsides to the media than positive aspects.

The News is the News–Good or Bad, We Need It

With a few button clicks of a phone, a screen can be filled with the news headlines, and as of late, those headlines seem to be blaring only crises with a few feel-good stories thrown in. These headlines are there to scare us, but not in a bad way. It is there to get a reaction. No, these headlines are meant to shock readers into clicking and absorbing all the information they can.

This year, 2020, has been full of crises from wildfires to politics and even a worldwide pandemic. This year seems to have been filled with turns and surprises. The only constant has been the news sites faithfully reporting. While sometimes it may seem like the news is blowing things out of portion, they are not, and the past year they have been helping keep everyone up to date on what a hectic year 2020 has been.

A quick search on CNN’s earliest reporting of the COVID-19 virus shows informational but otherwise not overly concerned articles. Mostly articles that state there is a new virus in China raising concerns, further explanations on the virus as time goes on, and finally transitioning to the more grim headlines we see today. While the titles may seem overly intimidating (some even sounding like they are from a storybook), they all ring true. The articles are not just blown out of proportion stories, but also hold facts to inform the populace. The headlines are worded so grimly in order to grab a reader’s attention, so they feel the urge to learn more because the information is vitally important to spread.

Without the news having spread the information about COVID and the social distancing guidelines, the USA would not have known the proper protocol. The nation got all its information from the news and followed it. This led to a fairly effective shutdown that helped prevent COVID from spreading much further than it has. The news, however, has not only focused on reporting on COVID. They have also given accurate coverage of the wildfires and hurricanes devastating areas of the nation. They help spread the news of evacuations so people can leave and be safe. They also informed the populace that is not directly affected so that more help can be provided.

Yes, the news coverage lately has not been overly happy, but that is the thing the news is not there to hide the bad and only report the good. They are here to report and inform the populace of what they need to know. It is also important to note that bad news has not been the only coverage and that there have been multitudes of feel-good news. They have reported on sweet stories of families coping together during COVID, of a team of firefighters who carry around a Baby Yoda and celebrities who have been reaching out to fans to keep morale up.

Thank you for your donation!